SWI of "ugh" in a Nueva Grade 1 class

Click HERE for an SWI investigation of <ugh> that began when Diana, a Grade 1 teacher at Nueva asked me to investigate the word <though> with her class. While the <ugh> is a trigraph for /f/ in many words (e.g. <laugh>, <rough> etc.), it turns out that  understanding what the <ugh> is doing in <though> word requires studying an orthographic concept called an "etymological marker". That meant that to make sense of the word Diana asked me about, I got to investigate this important non-phonological job of letters in some other words that often confuse teachers and students. Who would have thought that being asked to explain the spelling of <though> would lead to understanding the spelling of <people> and <two>!

That's what happens when you study the system of English spelling. Investigating one question leads to all sorts of surprising connections -- and hopefully other rich questions!

Many thanks to Diane for sharing her account of this lesson!

Explore LEX for resources like her grapheme cards and InSight word cards that offer so much help to teachers and tutors trying to understand spelling with their students. 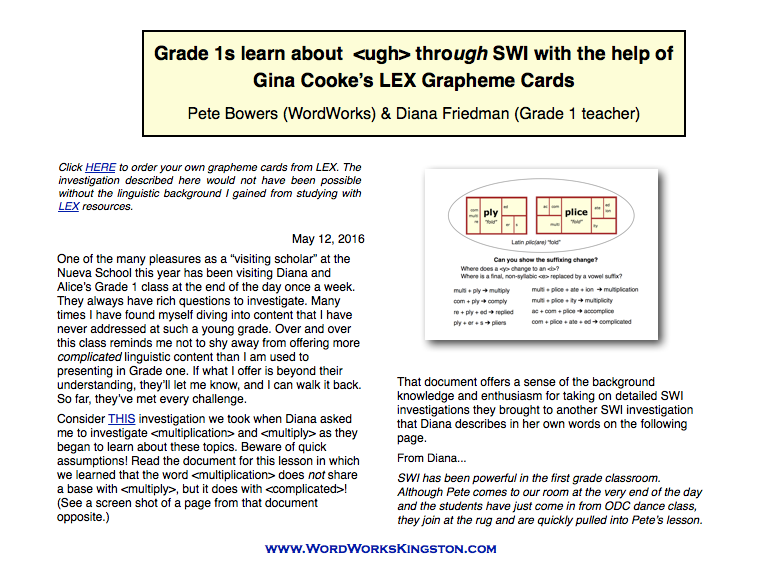