SWI of "detrimental" Inquiry-led learning uncovers a twin base

Click HERE for a 3-page document retracing the steps of an inquiry-led investigation of the word <detrimental> in which we found evidence for a twin base that I had never considered before. It turns out that at the same time Real Spelling was investigating the same family with another mother-daughter team!

With the permission of Real Spelling, the attached document includes a link to an elegant Real Spelling film that reveals the process of tracing the trail from the etymological root from Latin to the evidence of the  twin base this morphological word family that has surfaced in English. 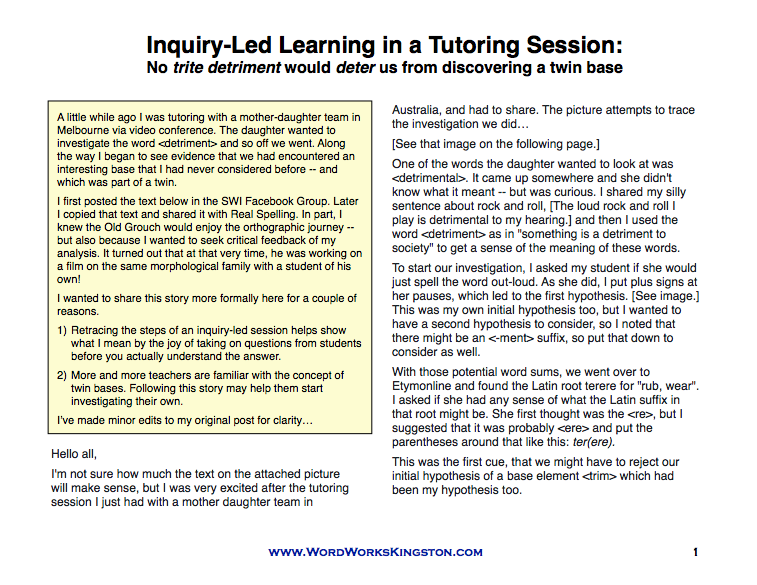